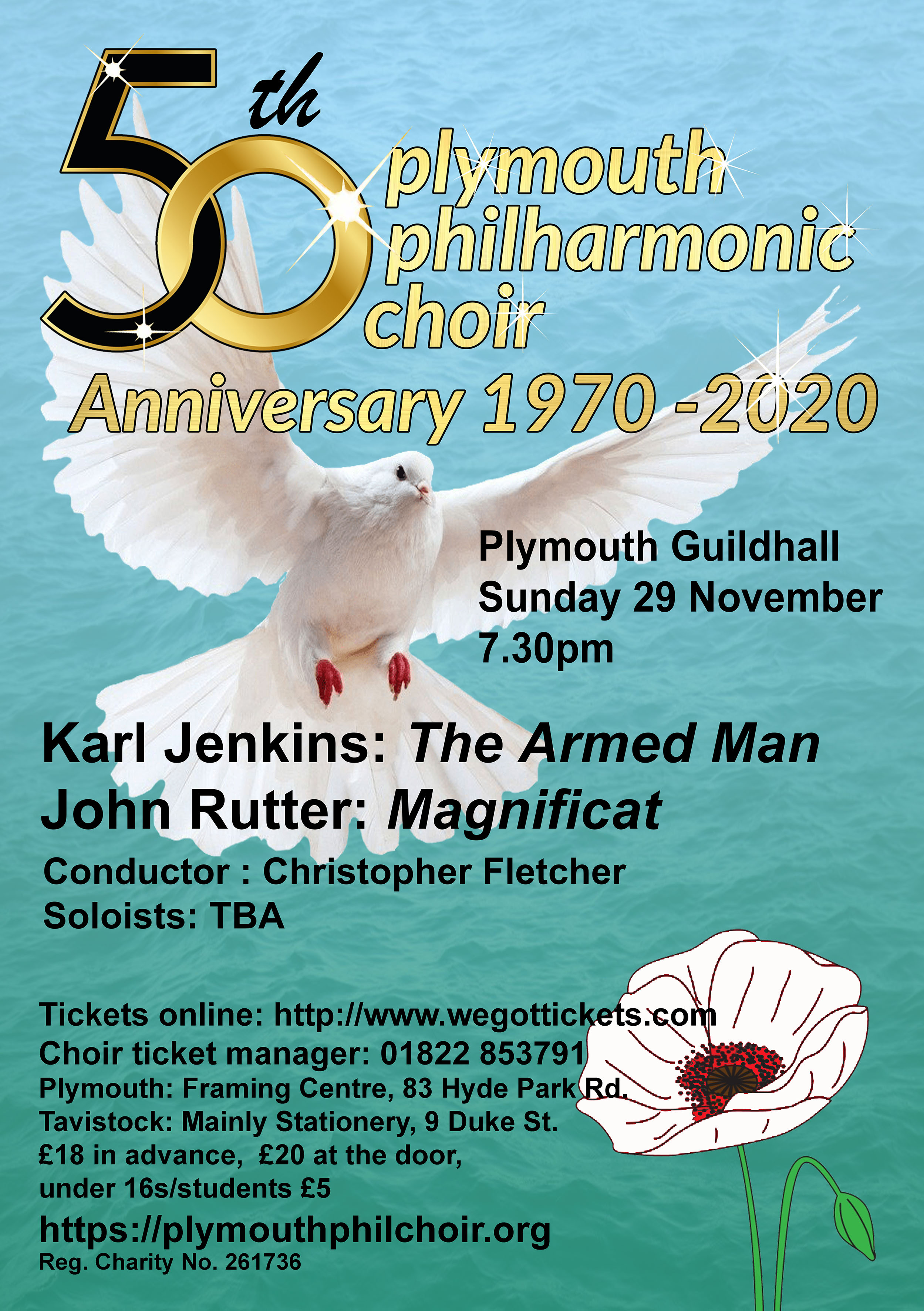 The Armed Man: A Mass for Peace is the most performed work by any living composer.
John Rutter’s Magnificat weaves a magical spell of balm and peace.

Tickets are available from choir members, by becoming an Associate Member, online, mail order, through various ticket outlets in and around the City and on concert day at Plymouth Guildhall Box Office. Book Online