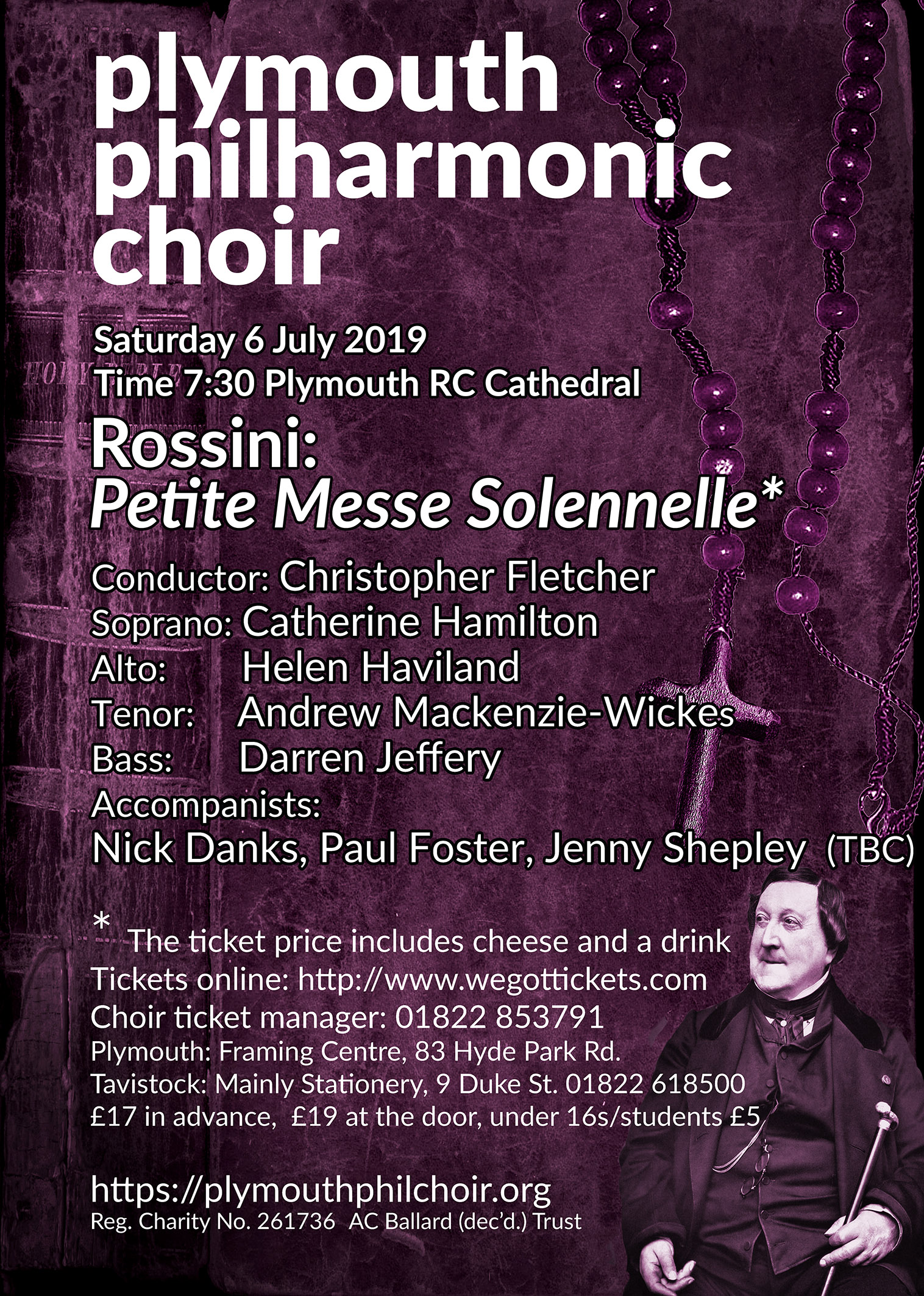 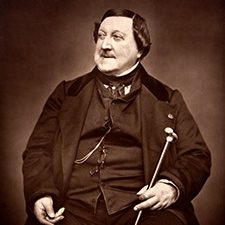 Gioachino Rossini’s Petite messe solennelle (Little solemn mass) is neither little nor solemn. It was written in 1863, possibly at the request of Count Alexis Pillet-Will for his wife Louise to whom it is dedicated. The composer, who had retired from composing operas more than 30 years before, described it as “the last of my péchés de vieillesse” (sins of old age).[

The extended work is a missa solemnis, but Rossini labeled it, not without irony, petite (little). He scored it originally for twelve singers, four of them soloists, two pianos and harmonium. The mass was first performed on 14 March 1864 at the couple’s new home in Paris. Rossini later produced an orchestral version, including an additional movement, a setting of the hymn “O salutaris hostia” as a soprano aria. This version of the mass was not performed during his lifetime because he could not obtain permission to perform it with female singers in a church. It was first performed three months after his death, at the Salle Ventadour in Paris by the company of the Théâtre-Italien on 24 February 1869.