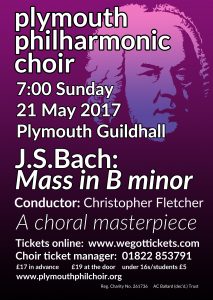 J.S.Bach: Mass in B minor 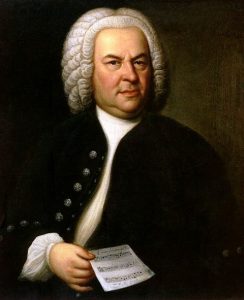 A brief history on the life of Johann Sebastian Bach

Bach was a prominent German composer and multi-instrumentalist.  His works laid down the foundation of the Baroque musical period and ultimately brought it to its maturity.

Bach was born on March 31st, 1685 in Eisenach, Germany.   He was born into a family of musicians.   His father taught him to play the violin and harpsichord.   Bach’s parents died when he was 10 years old. After his parents died, he moved in with his older brother, Johann Christian who taught Bach to copy, study, and perform music.   Bach also studied singing at school.

In 1707, Bach married his second cousin, Maria Barbara, and had 7 children.   In 1721, after his wife passed, he married Anna Magdalena and had 13 more children. 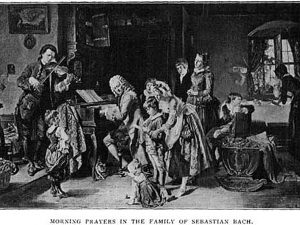 Bach worked at various churches as a composer, performer  and musical director   His final and most important position was as the Cantor of the Thomasschule at St. Thomas Church in Leipzig, Germany.

As a devout Christian  Bach was a German Lutheran.  Much of his music was influenced by his Christian faith, he wrote the majority of his works primarily for the church.

Bach wrote an estimated 280 sacred cantatas and 30 secular cantatas.   His orchestral works include the Brandenburg Concertos and many concerto grossi.   Bach was known for his keyboard music such as his fugues, two- and three-part inventions, and his infamous book the Well-Tempered Clavier.

In 1750 he suffered from a stroke and severe fever. Bach died on July 28th and was buried in Leipzig, Germany. He was 65 years old.

He is considered the “Father” of the baroque musical era.  Although he did not introduce new forms of music, he enriched the German style with his contrapuntal technique.   His works are still being played, heard and appreciated by people all over the world. 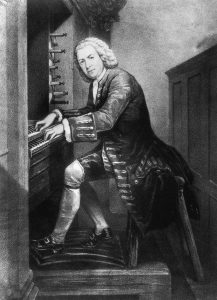 J.S.BACH: Mass in B minor

Bach composed his Mass in B minor, one of the Baroque period’s most celebrated choral masterpieces, around 1748–49, a year before his death. Despite its sheer scale and grandeur, the piece remained unnamed by the composer and existed only as a collection of manuscripts.

Listening to the entire work, it is easy to form the impression that this is the culmination of a great composer’s life work. However much of the best-loved Mass in B minor is constructed from recycled pieces Bach had composed earlier.

The Kyrie and Gloria were 1733 works for the Elector of Saxony at Dresden, and the Sanctus dates back to 1724. The Qui Tollis dates back even earlier, and was most probably based on a cantata from 1714. But all this is given a new lease of life when the Credo and Et Incarnatus Est movements are added. 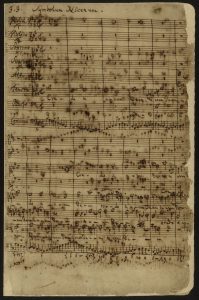 From the opening bars of the Kyrie, the work’s magnificence is evident. Beginning with a mighty five-part setting of the words, followed by a grand and imposing fugue, the work is as diverse as it is long. Paired with a violin, the soprano is gifted a beautiful solo in the Laudamus Te in an outpouring of musical religious fervour.

Bach died before he could hear the Mass performed in its entirety; in fact, it was not until 1859, more than a century after Bach died, that the entire work was performed at a single sitting. 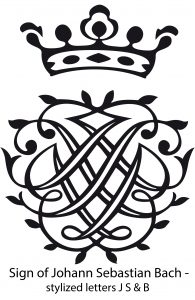 I was obliged to be industrious. Whoever is equally industrious will succeed equally well.

The aim and final end of all music should be none other than the glory of God and the refreshment of the soul.

Music is an agreeable harmony for the honour of God and the permissible delights of the soul.

It’s easy to play any musical instrument: all you have to do is touch the right key at the right time and the instrument will play itself.

Where there is devotional music, God is always at hand with His gracious presence.

There is a dark bond between the two contemporary composers who never met. Bach and Handel were both blinded by the same ocular surgeon John Taylor. Handel lived with declining vision for the last decade of his life following failed cataract surgery by Taylor, a flamboyant quack. Bach died a few months after his surgery for what was described as a painful eye condition, which is believed may have been cataracts and a detached retina. In Bach’s case, not only did his surgery fail, but he developed a painful post-operative infection and was treated with laxatives and the favourite cure of his day: bleeding. He was blind when he dictated his final work, the composition or, as is more probable, the revision of his so-called deathbed chorale, Vor deinen Thron tret ich hiermit:

Before your throne I now appear,
O God, and humbly bid you,
turn not your gracious face,
away from me, poor sinner.