OUR NEXT CONCERT IS CANCELLED 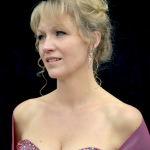 Catherine Hamilton – soprano
Catherine received a scholarship to study at the Royal Academy of Music from the age of ten. After gaining a BA Hons in Music and English from Southampton University, she returned to the Royal Academy on the post-graduate opera course and was awarded the Diploma of Advanced Studies, the Camden Trust Award, the Flora Nielsen Prize and LRAM with Distinction.

Catherine is an experienced and versatile performer whose international career has incorporated opera, oratorio, recitals and musical theatre.

Her operatic performances have taken her throughout Europe. Her roles have included Susanna in Mozart’s Le Nozze di Figaro, Musetta in Puccini’s La Bohème, and Micaela in Bizet’s Carmen. Closer to home she has sung Valencienne in Lehar’s The Merry Widow and Oscar in Verdi’s Un Ballo in Maschera for Opera Holland Park.

Catherine is in great demand as an oratorio soloist and has sung extensively for choirs and choral societies at major venues across the UK and overseas.  Recent highlights include Mozart’s Coronation Mass and Exultate Jubilate in Dunkirk, Brahms’ Requiem for the Shaldon Festival with Sir David Willcocks, Handel’s Messiah in Arundel Cathedral and Vaughan Williams’ A Sea Symphony in Exeter Cathedral.

She has also enjoyed much success on the concert platform, most notably at the Chichester Gala festivities, the Festivale Saint-Eloi in France, Theatre Royal, Bath and the Dukes Hall at the Royal Academy of Music.

Catherine made her West End debut as the younger Maria Callas in the acclaimed production of Masterclass, and toured Germany as Christine in Das Phantom der Oper. She also performed in Sondheim’s The Frogs at the London Barbican.

Among her recordings is the official royal lullaby for HRH Prince William, the album ‘Chansons Tristes’ accompanied by acclaimed pianist, Jeremy Brown, a live performance on Radio Belge of Britten’s Hymn to St. Cecilia and a specially commissioned choral work written for Catherine, by composer Cyril Lloyd.

Since moving to Devon, Catherine has been actively involved in all aspects of music in the area, including her role as vocal adviser for Cornwall. 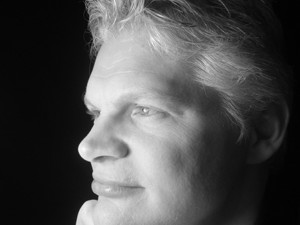 Julian is in constant demand as a soloist around the South West, performing in a wide range of choral and operatic works with many of the foremost groups in the region. He is also a full-time member of Exeter Cathedral Choir.

Julian began his singing career as a boy chorister with St Paul’s Cathedral Choir, and continued to sing regularly while an Engineering undergraduate at Cambridge University. He moved to Japan in 1990, and later to Shanghai, returning to the UK in 2007. While in the Far East, Julian appeared frequently as soloist, both on the stage and in the concert hall.

Vaughan Williams’ matchless Sea Symphony was one of the first symphonies in which a choir is used throughout the work and is an integral part of the musical texture, A Sea Symphony helped set the stage for a new era of symphonic and choral music in Britain during the first half of the 20th century.

Sea Pictures, Op. 37 is a song cycle by Sir Edward Elgar consisting of five songs written by various poets. It was set for contralto and orchestra, though a distinct version for piano was often performed by Elgar.

Hubert Parry’s Blest Pair of Sirens is a short, popular work and is Parry’s ecstatic setting for chorus of Milton’s ode, At a solemn Musick.

Tickets are available from choir members, by becoming an Associate Member, online, mail order, and on concert day at Minster Church of St Andrew Box Office.